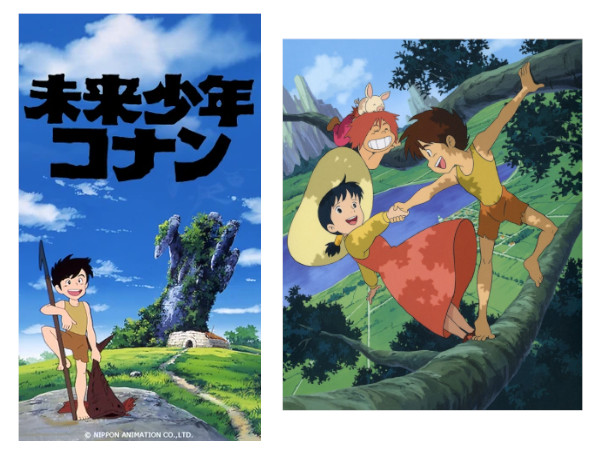 I saw this old Hayao Miyazaki anime again and still love it ! Personally I think it hasn’t aged too much and I had a good time. Further the topics are always up to date ! Of course I introduced my daughters to this anime when they were little, and each time it reminds me of the sound of their childish laughter.

That’s too good, the kids are too cute ! Conan is too strong. Gimpsy is funny, he zoos, he is more better, he is the best !

The land and the sea are destroyed by the 3rd world war in 2008. The five continents are swallowed up by the seas. 20 years after the disaster, 10-year-old Conan lives with his grandfather on the Lost Island. Their tranquility was pleasantly upset by the arrival of Lana a little girl who washed up on the beach, thus proving that there are other survivors, then by the muscular arrival of the soldiers of Industria who managed to capture Lana. The grandfather was injured and dying. He asks Conan to go save Lana and then encourages her to live with other people to be happy because humans are not made to live alone.

I found it amusing that in 1978 Hayao Miyazaki had imagined that 30 years later that man would have wiped out the planet. Then again 20 years later, in 2028, nature would be reborn. I really like exploring the imaginations of writers making post-apocalyptic films. We thus discover this life after the disaster through Conan’s quest : he had said at his grandfather’s grave: “Grandfather, I am going to look for Lana. I will bring her back to live here with me. We are going to find friends and come back here ”.

In the first episodes, we discover the daily life of the two inhabitants of the Lost Island, Conan and Grandfather. Very quickly we discover the personality of Conan, his Herculean strength, his agility of the arms and legs to the toes, his zest for life and his joy in knowing Lana.
The dying grandfather explained how he and his companions crashed into the island they called “the Lost Island”. They thought there was no hope of living but the ship struck a water source and they were able to survive and life returned with its quiet strength. Grass grew between the stones, little creatures arrived on the beach, seagulls in the sky… And then Conan arrived! I thought it was so beautiful when he said, “You grew like these trees and their plants.” I found that to make a lot of sense.

That’s what touched me the most about being Conan, his unwavering zest for life. I thought about my readings saying that joy is life. Conan represents so well this joy, this life, this source of life. I clearly saw this joy that emanated from Conan, this joy that is the source of life, that makes the world exist. And I thought the title “the son of the future” made sense : he brings a peaceful future to Earth.

A beautiful story of friendship

It’s above all a great friendship story for this trio of children between Conan, Lana and Gimsy. I loved seeing their first meeting, the Conan-Lana, Conan-Gimsy and Lana-Gimsy relationship. It’s cute and funny ! I really like to see them run, for me they breathe the absolute happiness of the present moment !

Conan had never seen a girl before and he was happy about it. He was jumping for joy and had a beta laugh at this novelty which he welcomed with joy. He easily embraced this difference because she talks to seagulls, she can talk to her grandfather by telepathy. Very quickly we feel a strong bond between them that sets in quite naturally. And above all, this complete trust that they have in each other, no matter what.

Meeting Gimsy on another island is a really fun time. Gimsy is an orphan who lives alone in the forest. He also has incredible strength and hunts for survival. I was really laughing out loud. They challenge each other to find out who is stronger ! Their fight ends with a laugh. Gimpsy is really an endearing and funny character because he zozotes (the French voice is well done !). He only thinks of eating (and I understand that it’s a joyful moment of my day!).

Gimsy made me laugh when he first met Lana through the window of an armed boat. He told her that if Conan was away, he would be watching over her. I found it adorable. He wanted to come in to save her but he got his head stuck !

I loved this trio because very quickly they accepted each other as they are without judgment. They are happy to be together. This is how through their joie de vivre, they succeeded in transforming the hearts of the people and making the soldiers lay down their arms and joining the inhabitants to help take the tools.

I really like this good-natured side which I find adorable. You really have to watch certain scenes with your childish heart. Conan hiding that way from the big shark in the sea wasn’t going to put him out of harm’s way. It’s cute when he said “Shhhh” to the seagulls because he didn’t want to disturb Lana who was talking to them. Or this scene where Gimsy thought he was safe on the hill but turning around, the boar gives him a face like “you won’t escape me” …

I found it a lot of fun even if it was rubbish. Let’s not forget that they are children and their worldview is much more colorful and imaginative than grown-ups. I also think that for people living in nature, often alone, they have a relationship with nature, a connection with nature. Like Conan, I didn’t find it odd that Lana could communicate with seagulls.

My daughters who are now teenagers found Conan’s incredible strength to be too over the top, making him a superman. Even Gimsy is just as amazing as Conan! I noticed that when my daughters were little they didn’t mind these kinds of inconsistencies, nonsense kids naturally accept. What’s huge is that even the villains of the story are just as astonished as we spectators !

Yes, these are children who are invincible and never die in the face of 40 blows of a wooden plank on the buttocks, a fall from several meters, rains from gunshots etc. We are only entitled to very human expressions of sadness (mourning), pain (beatings), witness to their courage to take whatever happens and to get up.

I think you have to hold back the mental toughness and the brave hearts of your children in the face of the cruelty of adults. We must learn from their ability to never fail in the face of difficulties. They are always followed by their heart, the outpouring of their heart.

Be there for each other

It was a scene that really impressed me ! He had promised his uncle that he would not take Lana with him to Industria. But they’ve been through so much together hand in hand that it’s unthinkable for Conan to leave her behind. He swam back for her and held out his hand, “We’re taking you.”

I found it very symbolic, this scene sums up the strong bond that unites them !

I also really liked this scene where Conan understood something important while listening to the shepherd, until he has his house he will not be part of the village. Conan and Gimsy have built themselves a treehouse. I also find it important to have a home and feel at home in the place where we live. I also liked this scene where Lana came to visit his cabin, Conan asked her if she would like to come with him to the Lost Island.

I found it to be a beautiful declaration of love by this promise made.

Life in a village

Edenia is the town of Lana. There, Conan and Gimsy discover community life where everyone contributes to making the village flourish. Lana works at the mill making bread. Conan wanted to find a way to help, so he was happy when he brought back the big fish he had been given as a reward for his hard work! As for Gimsy, he tried the profession of shepherd overseer but he did not like it because some used their power to control others. He became a pig breeder.
And when a great tsunami hit the villages, the soldiers were forced to lay down their weapons to help the villagers harvest …

We see here a more human and united world which allows everyone to develop their own capacities and to put their qualities to work because alone we cannot go far. This small village is an example of a better post-apocalyptic life where living differently is possible while respecting human and ecological values.

The force of nature

I found the nature-related images very beautiful throughout the anime. I could feel all of her strength and beauty. Nature takes back its rights and gives life and hope to people.

I have a lot to say about this anime which inspires me with this feeling that anything seems possible for a child’s heart. Conan came to the end of his quest as he returned to the Lost Island with his friends. It’s an anime that brings me joy, simple joy that makes my soul vibrate.

I invite you to discover three of my animated films by Hayao Miyazaki :

And you ? What is your favorite Hayao Miyazaki anime ? 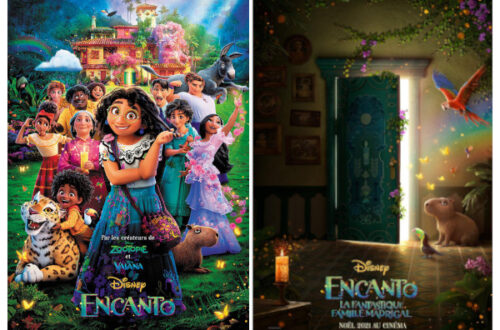 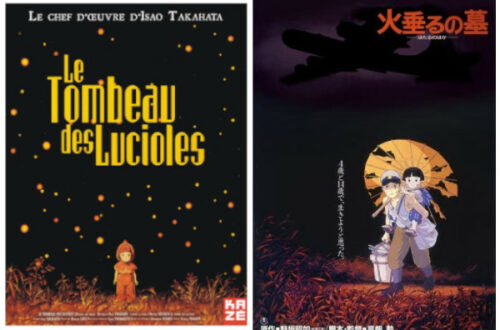