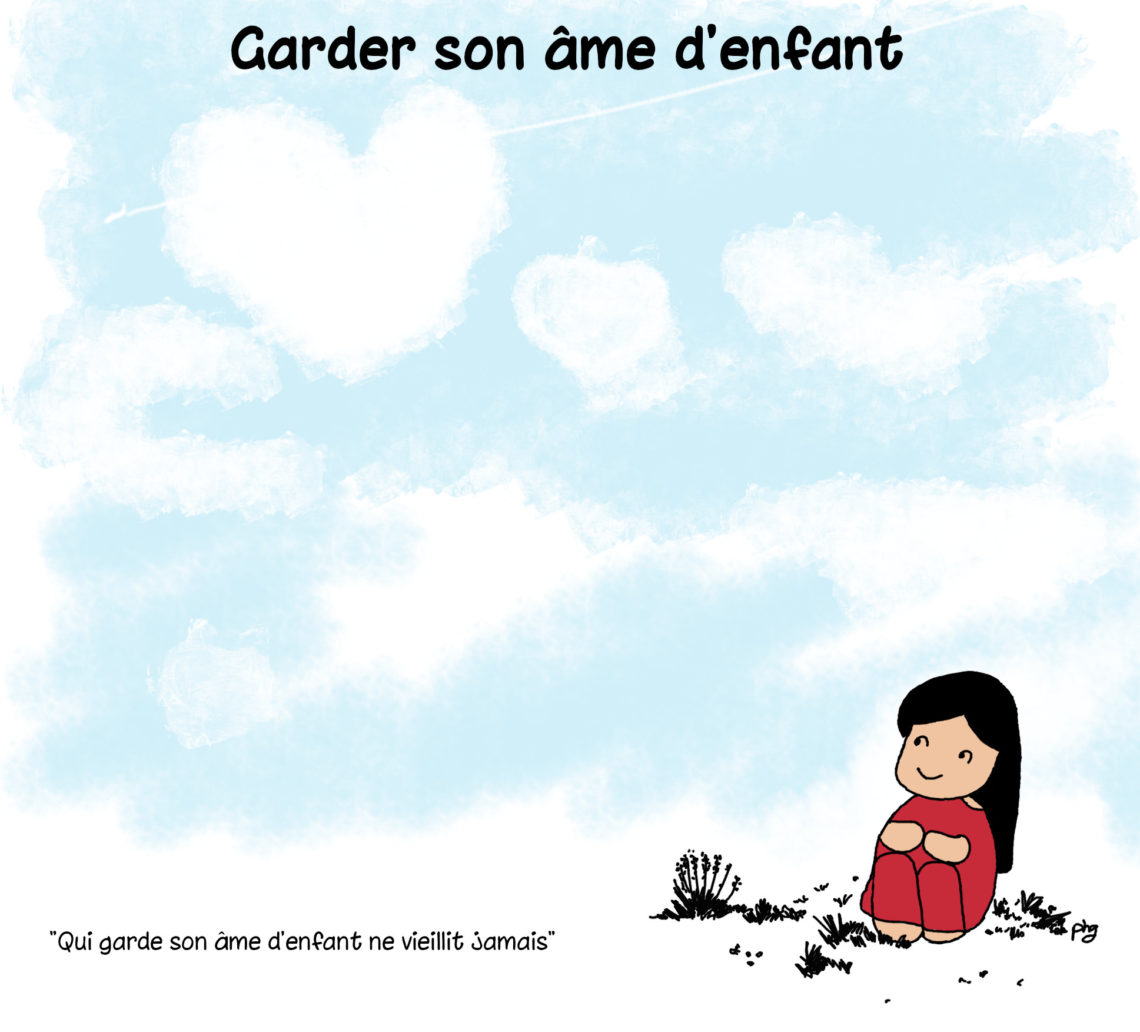 Why treasure the child within you?

Do you remember things that fascinated or captivated you during your childhood?

I always remember the great interest I had in little black ants when I was a child. I loved watching them and observing their well-organized and orderly life. This trait appeals to me because I like the order of things. I had much fun in disrupting that order in their daily lives. For example, I offered them sugar and honey to discover their preference and I can just imagine them believing it was a gift that fell from the sky. We must help them feast! They are so hardworking … I placed obstacles in their way, only to discover their amazing sense of direction. They are fascinating! I once saw red ants munching on a dead lizard and a few minutes later all that was left was a skeleton! It was impressive!

When I learned there was a novel about the universe of ants, “The Ants” by Bernard Weber, I
threw myself into it! My curiosity about ants was fulfilled by this captivating thriller.

As a child, I had a white cat, he was extremely lazy and his life revolved around sleeping and askingfor hugs. He would disappear in the afternoons and come back in the evening, sometimes even disappearing for several days. His absences fuelled my curiosity, and I imagined a whole variety of things. Had he found a girlfriend? Sometimes he came home with scratches, poor thing. So, one day I decided to spy on him. He was leaving the house and I followed him from a distance into the agricultural fields, excited at the idea of solving a great mystery… He stopped in the fields, where he dug a hole and… and there he took a dump (hahaha)! He was cute, with his little paws covering his little gift with dirt. I always said to myself that if I should choose an animal in which to reincarnate myself, it would be the cat. I sometimes look at illustrations or pictures of cats. They are the complete opposite of ants: playful and cuddly. They know how to take it easy. My white cat has been away for days, and those days became months … I never saw him again … Since that day it has been difficult for me to attach myself to an animal … but I know he is happy because he has always been free to move!

I was also fascinated by the tiny fish (2 cm) in the waterways separating our plots of farmland. I loved watching all the little fish and had fun catching some with my fishing net before releasing them again. One day, I saw fish with cute rainbow-coloured fins, and it made me want to have them forever, so I grabbed them and put them in my parents’ big carp pond (see my comic). My father saw this and showed his displeasure! It makes me smile today, because when my dad raised his voice, he quickly moved on, and it left me with a pleasant feeling that in the end, it wasn’t a such a big deal. The carp pond is very large and full of places to hide. It was difficult for me to see them again afterwards, so it was not a great success …

The daily life of these little animals may seem repetitive to us, but when we are children, we
also perceive their mysterious and wonderful side. I felt beautiful emotions just by watching
them. I realized that life is filled with these mysteries that can move us. You must just greet
them with a gaze full of curiosity, a child’s gaze, without judgment.

“Our power of astonishment and wonder is often blunted as each scene, each time unique, should offer us the opportunity to see the universe as for the first time, as on the world’s first morning.”

On my life’s journey, I made a great discovery : haiku (read my article on this subject).

Haiku has allowed me to constantly marvel and find the beauty and the simplicity in
everything and makes me live in the present moment!

2) / Live the pleasures of the imagination

When I was little, I had already seen what Chinese writing looked like, because my mother had
three or four children’s books in Chinese versions. There was one storybook with beautiful
illustrations. There were cute little fairies among the foliage of a forest who were hiding from
human sight. It’s a whole fairy tale world, little men with wings who live in harmony with insects. I think that’s when I fell in love with drawing. A drawing makes all stories possible; I experienced a whole magical and enchanting universe. This great beauty in the imagination and the transfer of it into drawing is right at your fingertips!

This imaginary world is clearly a crossroads between emotions, dreams and reason. My ex-
boyfriend criticized me for cultivating the imagination for my daughters by telling them stories
about Santa Claus, fairies, and other imaginary characters. He claimed it was telling them lies and it was despicable. I know my daughters can distinguish between the reality and the fantasy. I didn’t want to deprive them of experiencing the magic of the holidays and this opportunity to dream and marvel. I let the child inside their souls speak. The day arrived when my older one understood that Santa Claus did not exist, and… she was not traumatized by it, on the contrary she became an accomplice with the adults.

One day, I introduced my daughters to an amusement park, something they had never seen before. Despite discouragement from my ex, who didn’t like it, I went ahead anyway. I was saddened that he only saw the consumerism and stupid aspects and just spent his time bitching, without giving himself the opportunity to also enjoy the beauties of the world.

I played a lot of LEGO® and PLAYMOBIL®, I could imagine living a thousand stories through
these games. I made sure my daughters could try out these games as well. This allowed me to also discover new collections. They have evolved a lot and are still great. I discovered the LEGO® Friends which did not exist in my time, and it pleased my younger daughter very much.

I am from the Club Dorothée generation who was showered with Japanese cartoons. I found the world of manga and anime interesting and exciting. The stories are very rich in themes and varieties. It was my very first passion! And it made me want to discover Japanese culture, its history, the history of samurai, yakuza and of course to want to have the most kawaii little items! I was only able to really satisfy this passion in July 2017 thanks to the Nihonbox – Plus offered by Nounours who understood me and finally allowed me to fully live my passion!

Ultimately, my imagination allows me to have a creative life. When I see all these cartoons,
all these universes, they are all doors open to new stories and thoughts. My curiosity is filled by all these beautiful creations! And above all, it makes me want to create beautiful things in
my life too!

I know how to run a house; I know how to manage a budget to face life and I know the value of the money earned by the sweat of my brow. I know life is not rosy. I am often forced to be pragmatic. But at the same time, I like to make whims, it’s a bit of letting go that helps me love life even more by breaking out of the vicious and stressful circle of everyday life.

With my exes, I had the bad habit of always bending over backwards to please them, even if it was pure compulsion! This submission to the expectations of the other comes simply from my desire to do well and to keep my needs to myself.

With Nounours, I can be myself. I can say “no” when I don’t feel like it, without being judged and sounding like an irresponsible and capricious spoiled child. Since I’ve been with him, I’ve even discovered the pleasure of being served by this darling (when I have an impulse and ask him to prepare my breakfast).

Here, I assume my “capricious” character, but without making it a fault! I became « Princess Petit Pois », nothing bad, we even laugh about it. Being honest about your desires allows you to both accept yourself better and be accepted by others. So, rather than trying to be perfect, let’s play with our particular “traits”… And let’s not be too serious!

Drawing was beneficial for me and it made me feel good to see myself being the heroine of my drawings and it allowed me to put my problems into perspective. I transform my daily life into a place of recreation and discovery of myself, because I grow up with my daughters and experience my role as a parent.

Nounours inspires me a lot because he knew how to keep his inner child. I’m really comfortable drawing it. He’s the opposite of my exes who are very serious about their appearance and don’t want to be ridiculed in drawing. With Teddy Bear, it’s even better, I have free rein to draw it as much as I want!

“All grown-ups were children first, but few of them remember it”

Small actions to do:

I love Jackie Chan’s films, but most of all his personality. He is a genuine person who does not live appearances. He tells about his difficulties, his curiosities etc. He inspires me a lot! What he said on a TV show about the movie, The Karate Kid (1:14 min) made me laugh. Will Smith
phoned Jackie Chan: “Jackie, I want you to do Karate Kid”. I say okay who is the teacher? (I thought I am the karate kid… I already forget how old I am (he was 56). “No, you are the teacher”. “What? ah ooooh … (there he just realized his age … :)) I like this kind of testimony that makes me feel good, it reveals his spontaneity and his childish soul.

Videos that made me reconnect with my inner child: 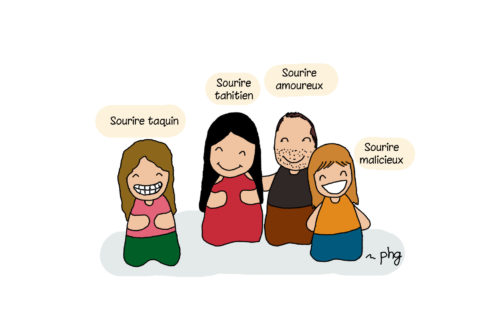 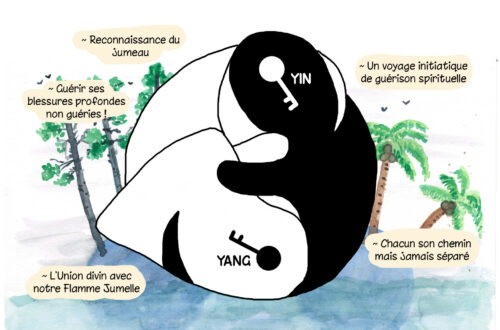 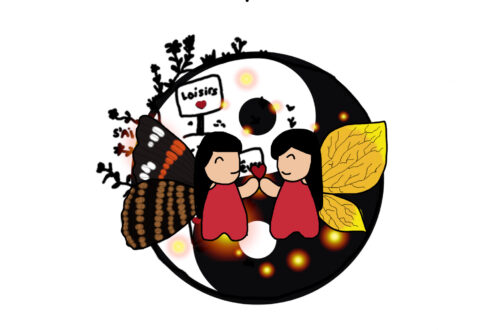 Twin Flames: Wholeness leads to the end of an ambiguous and toxic relationship