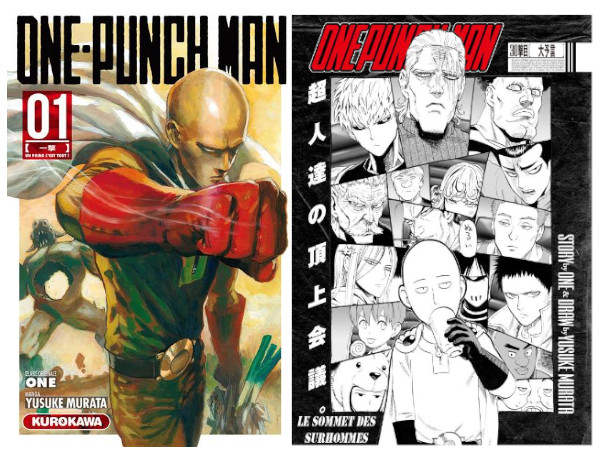 I discovered this manga thanks to Yatuu’s article of 15/01/2016 which made me want to discover Saitama this atypical hero who has a very flashy and authentic look. He is very strong and can defeat monsters with one punch! So he is invincible! So I was not disappointed to discover this totally offbeat universe. I quickly devoured the first volumes of the manga but then I read them with less enthusiasm from volume 10 because I saw that Saitama appeared less often on the boards leaving the honor to other heroes. The fight scenes led by them dragged on too long while they were trying to eliminate the danger but they couldn’t do it. So I was very frustrated to wait for Saitama’s appearance to settle everything in one punch!

As a child, Saitama dreamed of becoming a superhero to exterminate the bad guys. He never wanted to be an office worker. He succeeded in realizing his dream of being a superhero after 3 years of intensive and relentless training until he lost his hair! He became invincible. So we follow the daily life of Saitama who lives in a district that is classified as a dangerous zone. It has become almost a ghost town where no one knows of his existence in this area known as Z-City, the most dangerous zone. But a mosquito monster has come to terrorise his neighbourhood, which is how he met Genos, a 19 year old cyborg, handsome and the complete opposite of Saitama.

Genos was in a bad situation and saw Saitama’s phenomenal strength! Since that day, he asked him to take him as a disciple. But this does not please Saitama too much. He will change his mind when he realises that he is not known as a hero at all despite his exploits. You have to be registered in the national register of superheroes. Tests are held in the office of the Hero Association, and once admitted, they are ranked according to the hero’s power and popularity. Genos didn’t register either. So Saitama asks him to register together so he can make him his disciple for real.

Saitama has a really funny face! He is very natural and gets into funny situations. It’s not often that we see seriousness and when it happens, he’s too classy I think! Who could be suspicious of him with such an attitude, he doesn’t look mean or strong with his flashy yellow look ! You’ve seen his heart-shaped quilt. He also has a watering can in the shape of an elephant. Well, you’ll see that his everyday life is full of little details that make the hero endearing!

The Fist of Saitama: a never-ending quest

The fight scenes are spectacular with incredible damage showing the destructive force of the villain. Precisely the more spectacular they are, the more it accentuates this undeniable truth : Saitama’s fist is invincible. But what could scare him? One wonders, but to see him go into a state of depression when he misses the special offers day is absurd and amusing!

If the fights keep coming and coming and are part of his daily life, he is a tortured character because he feels empty, no fear, no pleasure, no excitement, he no longer feels self-satisfied fighting evil in the name of justice. What does it mean to become strong after all? What is the point of being strong if we are bored? This is where he is looking for an answer! This makes me want to know how his existential quest will end!

I like the monsters, they are very original and very well drawn. The author really has an overflowing imagination! Moreover he shows that the existence of monsters is the result of the bad intentions of human beings. They exist because of human wickedness, atrocity and stupidity. These monsters are therefore our dark side, the scourge of society, the darkness of humanity!

The animals that are considered dangerous seem to be the most adorable and harmless. So everything is relative in this world. That’s why it made me laugh to see that on the way to the bad guys’ base, Saitama and Genos beat up a bear (we were spared the details haha!). Poor Teddy Bear! Isn’t that funny?

Heroes of the Heroes’ Association

And the heroes are therefore bearers of hope for society, the author also has an overflowing imagination in the realization of each hero, they are all different with their strengths and weaknesses and it is fun to discover their hero nickname with their battle suit. It’s not very well researched and it’s almost ridiculous. For example the unlicensed rider, sonic speed, tiger skin shirt, spring moustache, Golden Bold etc.

This invites us to accept all this difference and make a world of it. We can discover the personal history of each hero, each monster. And this is where it can get boring. And often, we have to summarize in Saitama, he hates so much blabla.

We enter the world of the Heroes’ Association, which is responsible for testing the heroes. Genos got 100 points and was promoted to class S, the highest rank. Saitama, on the other hand, is classified as C class with 71 points, he must have failed the written test. So that’s funny! Now Genos is happy because he is now Saitama’s official disciple. This makes Saitama sweat because Genos doesn’t want to believe that a simple physical training gave him this incredible strength! What to tell him? Genos came to live with Saitama so that his master could teach him his art.

It reminded me of my ex-Dream-Seller, this charlatan in the martial arts, but his school still works because he knows how to tell and sell dreams to people. People are not used to the simplicity of things, simple and free things. I would have liked people to realise this but it is difficult to unmask him because he is good at taking credit for the potential of his students. I would have liked the truth to come out as it did for Stephane Bourgoin a serial killer specialist for 40 years, but in January 2020 he was unmasked. Why did society allow charlatans to flourish?

Moreover, Saitama was willing to pass himself off as a charlatan when he is not! Through his actions we see the stupidity of mankind! Saitama lied in order to save the reputation of the lower class heroes. He took advantage of the fact that the previous heroes had weakened the monster so that he could give him the final blow and receive the glory! Besides, we always see him as the last one to kill the monster, so this statement can only be true since it is impossible to be that strong! I found this terribly unfair. Is he not a hero of justice who fights justice? Where is the justice?

In order not to be disbarred, the heroes have to remain active. As a C-class, he has to stop pickpockets and petty criminals. So he has to roam around looking for bad guys! He has no time to lose, he has to find a villain for his quota! They depend on the heroes’ association and must be called according to the level of the disaster. Moreover the author does not hesitate to ridicule the lower class heroes, so beautiful, but after the fight the appearances do not make them glorious hahaha! It’s the hard reality of the job, you can’t have the class of the hero all the time!

By the way, Saitama had the nickname “The bald man with the cape” and Genos “The cybernetic demon”.

I found it interesting to see how clichéd the notion of a hero really is! Just like my two ex-toxics who don’t want their “Warrior of Light” and “War Hero” image tarnished, who rather like to show their superiority position to others. So I liked to see Saitama who is a real hero whose costume seemed ridiculous with his red rain boots and his gloves to wash the dishes, but the more we got to know him in his simplicity, the more I found him beautiful on the inside and therefore very beautiful on the outside. And it doesn’t matter what other people think of him, because he knows his true worth and nothing can shake him. He is a very inspiring character for me because he never pretended to be superior to others, on the contrary, he reveals the heroic part of us.

I really enjoyed seeing the friendship with King and Bang who are S class. I love to see the gullibility of the people and the heroes who don’t understand that these three men respect Saitama so much even though he is a lower class. That’s what makes the manga so much fun and entertaining.

For example when Saitama is tricked into accepting a duel from the Fubuki clan but not for a physical fight but a video game duel! The boss understood their weak point. So it was really funny this scene! There is a kind of naivety out of their competence. It’s proof that we all have our strengths and weaknesses, they are not that different from us.

This is a manga that left a memorable mark on me with atypical characters, both the monsters and the heroes. Saitama lives like an ordinary man. He just solves problems with a punch! There are a lot of funny scenes and bloody fights that highlight our relationship to society. Saitama doesn’t seek glory by being a hero. He doesn’t care if his heroic ways don’t please some people. He doesn’t care what others think of him for good or bad. He lives his life according to his values. For me, that’s what makes his charm!

I discovered the animated version on Netflix, it’s really well done and it respects the manga! I recommend you to watch season 1 which has 12 episodes then I found season 2 less good (because too many fights that dragged on). But despite everything I recommend you to discover it because I really like the personality of this hero who is really badass and unique! 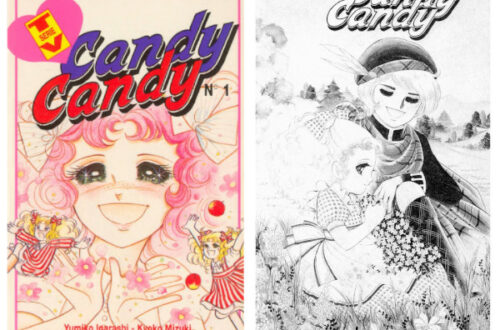 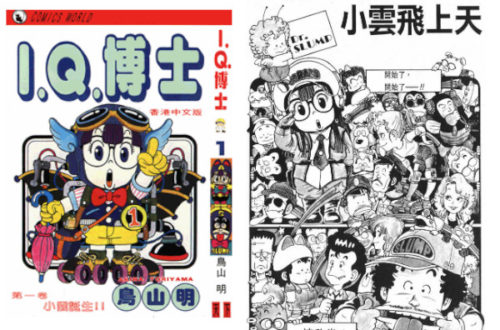 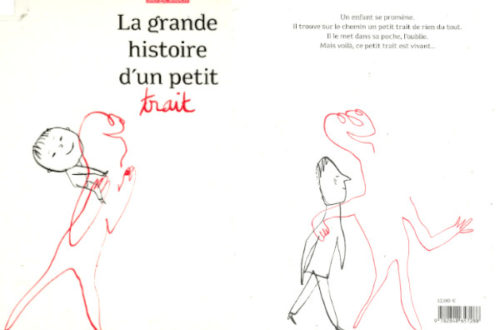 The great story of a small line